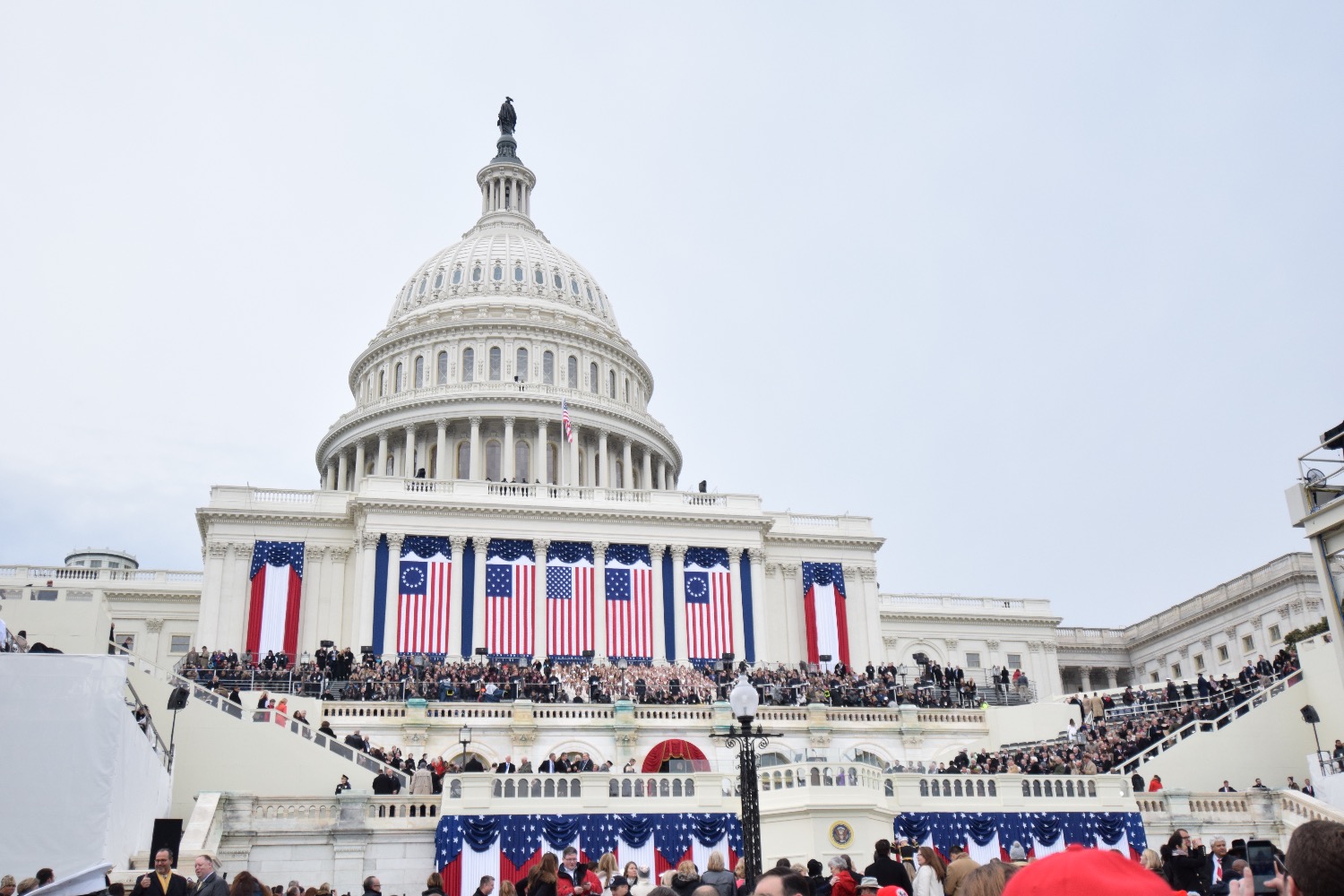 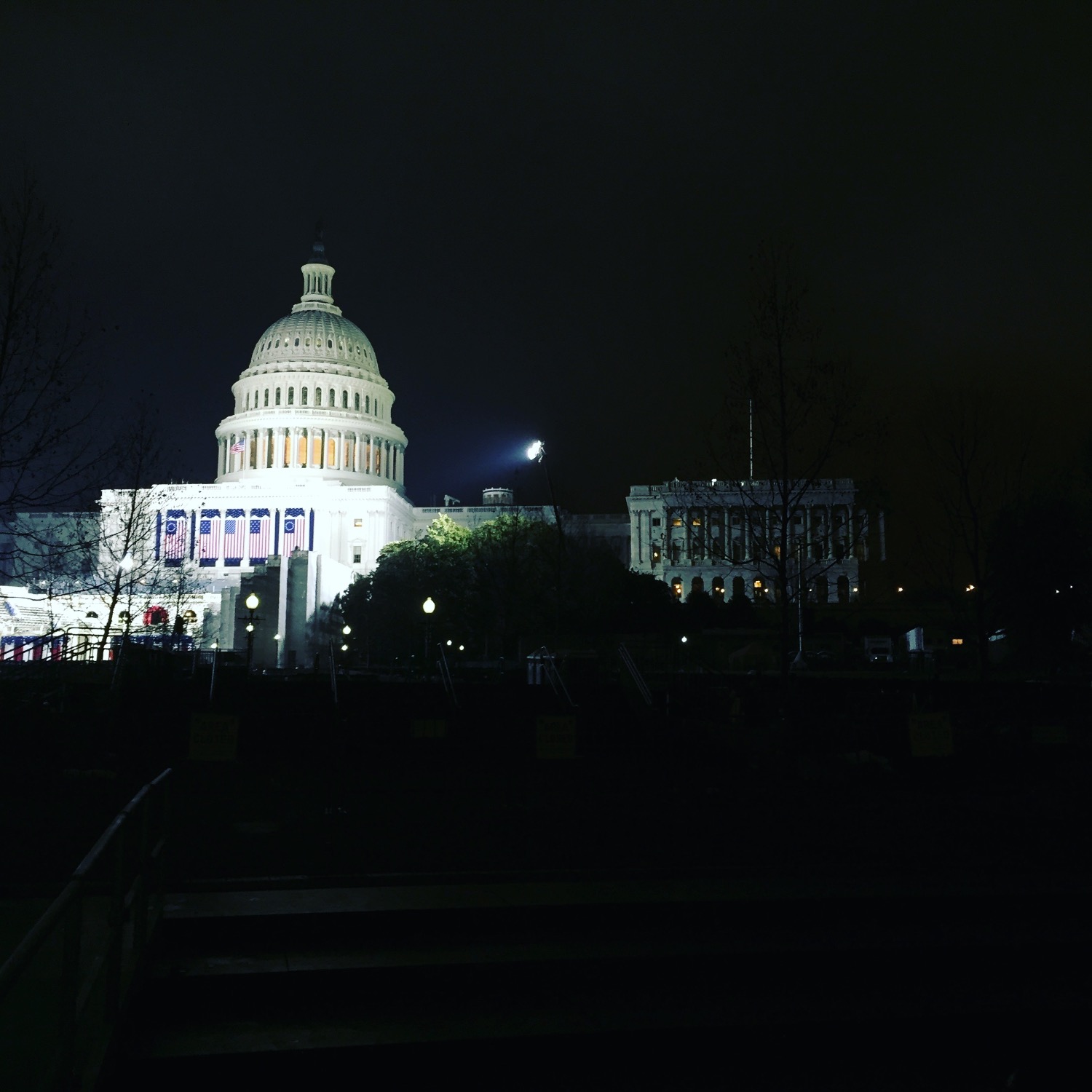 The emails from McConnell’s office to Chao’s staff sometimes included details about projects that participants wanted to discuss with the secretary, or to ask her for special favors. Some of the officials who met with Chao had active grant applications before the Department of Transportation through competitive programs and the emails indicate that the meetings sometimes involved the exchange of information about grants and opportunities for the officials to plead their cases directly to Chao.
Los Angeles Times • 16th September 2019

Pedestrians die every 90 minutes in the U.S., and low-income areas are hurt most

The memorial to Christian Vega near a busy Los Angeles intersection is a serene arrangement of flowers and votive candles offset from the busy sidewalk by a row of bushes. Erected where Riverside Drive and Newell Street meet, it is the second memorial for Vega. The first was flattened by a car that jumped the curb as it sped around the corner, spilling red roses like blood just yards from where a Toyota Camry struck the 17-year-old on a rainy night in February. The car that hit Vega deposited
Politico PRO • 6th September 2019

The 2018 farm bill included provisions that advocates described as the most substantive step the federal government has taken to address heirs’ property, a type of ownership that has led numerous black Americans to lose their land. But eight months after President Donald Trump signed the farm bill into law, the heirs’ property provisions have yet to take effect. One of the provisions, which authorizes tens of millions of dollars for a federal loan program, has been held up by appropriations gridlock on Capitol Hill. The other, which makes it easier for producers operating on heirs’ property to register for a farm number, depends on the Agriculture Department to implement it.
Politico PRO • 28th August 2019

Secretary Sonny Perdue on Wednesday directed the USDA's antitrust enforcement division to examine whether market manipulation occurred after an Aug. 9 fire at a beef processing plant in Kansas. The fire led to the temporary closing of a Tyson Foods plant in Holcomb, Kan., which processed 6,000 heads of cattle daily, or about 5 percent of the total U.S. slaughter. In the aftermath, retailers scrambled to lock in supply, driving up prices for choice beef, which have stayed relatively high since.
POLITICO • 23rd July 2019

Repeat defenders: Small businesses irked by need to ask for tariff relief twice in one year

Win Cramer feels like his electronics company is experiencing the trade version of double jeopardy. Cramer, the chief executive of California-based JLab Audio, is one of scores of business leaders testifying before U.S. trade officials this week and next in an effort to convince the Trump administration to make certain Chinese imports crucial for U.S. businesses exempted from a potential new wave of U.S. tariffs. Cramer is set to argue at a hearing on Monday for wireless audio transmission components to be spared. And like many of those testifying, he's in eerily familiar territory. Last summer Cramer made an almost identical plea at the same location — the U.S. International Trade Commission office in Washington. At the time, when the Office of the U.S. Trade Representative was planning to impose tariffs on $200 billion of Chinese goods to force Beijing to change its intellectual property practices, Cramer got what he wanted. But now, as President Donald Trump threatens to escalate the trade war with China, the administration is readying a potential tariff strike against an additional $300 billion of goods — and the transmission devices Cramer's company needs have landed back on the tariff hit list.
POLITICO • 23rd July 2019

The antitrust lawsuits against the world's largest poultry processors that are moving through an Illinois district court feature plenty of David and Goliath narratives — dozens of farmers, small grocers and regional wholesalers are being pitted against powerful conglomerates like Tyson Foods and Sanderson Farms. But the plaintiff that has received the most attention for its claims that the poultry giants illegally colluded to set prices is itself an industry titan: Walmart. In normal circumstances, the Arkansas-based retailer is a domineering force that isn't afraid to buy up competitors and expand to new market sectors. But in the poultry anti-trust matter it has taken up the cause of the proverbial little guy.
PBS NewsHour • 22nd July 2019

Why U.S. pedestrian deaths are at their highest level in almost 30 years

Mayor Candidate Corey Woods Wants to Make Tempe a Cheaper Place to Live. Can He?

A new entrant to the race for the seat of Tempe Mayor Mark Mitchell is shining a light on one of the city's thorniest problems. Former Tempe City Councilman Corey Woods, who announced in March that he would challenge Mitchell, has made housing affordability central to his campaign, though both men said tackling rising costs of living is front of mind. Tempe has over the past decade added a bevy of jobs and residents, netting major corporate relocations and allowing Arizona State University to
VTDigger • 30th November 2018

SCOTTSDALE, Ariz. — The world of Washington politics was 2,300 miles away at the 2018 Republican Governors Association conference this week in Scottsdale, Arizona, and that suited Gov. Phil Scott just fine. The event served as an opportunity for victorious Republican governors to cleanse themselves of the mud they’d slung at Democratic opponents in the midterms, and for the RGA, which is more than happy to do the dirty work through PACs supporting the candidates, to do the same. The animosity
The Denver Post • 19th March 2018

A bipartisan bill before Colorado lawmakers encourages state agencies to research uses for blockchain technology to potentially reduce costs by eliminating redundancies and preventing fraud. The bill’s advocates and the state’s blockchain community said it has a greater message: Colorado can be a powerhouse for the burgeoning technology, and the public sector is integral in making that happen. Sponsored in the senate by Sens. Kent Lambert, R-Colorado Springs, and Angela Williams, D-Denver, Sen
Phoenix Business Journal • 11th August 2017

The Office of Management and Budget released President Donald Trump’s full budget proposal for fiscal year 2018 Tuesday morning. It fleshed out ideas and priorities mentioned in the so-called “skinny budget” put forth in March and added tinder to the flames of business journalism for weeks to come. The contents of the budget won’t come as much of a surprise for even the greenest business reporter: As expected, the president called for significant cuts to non-defense discretionary spending, enti
Cronkite News - Arizona PBS • 21st April 2017

WASHINGTON – All the things that analysts say present a political challenge for Deedra Abboud – her lack of political experience and party ties, her Muslim faith and liberal activism – are the things she embraces in her race for Senate. Abboud, a 45-year-old Phoenix lawyer and community activist, became the first Democrat to throw her hat in the ring for the 2018 race for Republican Sen. Jeff Flake’s seat, announcing her candidacy April 10 – shortly after the longtime independent registered wit
Cronkite News - Arizona PBS • 6th April 2017

WASHINGTON – Arizona’s senators joined other Republicans – and three Democrats – in a 54-45 vote Friday confirming Neil Gorsuch’s nomination to the Supreme Court, one day after the GOP invoked the “nuclear option” to end a Democratic filibuster and allow a vote. The confirmation vote went as expected late Friday morning and came with none of the drama from less than 24 hours before, when the Senate voted to break the filibuster and clear the way for a straight up-or-down vote that required only
Cronkite News - Arizona PBS • 29th March 2017

WASHINGTON – The House voted Tuesday to repeal an Obama-era regulation that would have required internet service providers to get explicit consent before selling customer data, a policy that critics said would have stifled business. The 215-205 House vote followed a 50-48 vote Thursday in the Senate under the Congressional Review Act, which gives Congress expedited authority to repeal recent regulations and prevents the agency in question from enacting substantially similar rules. The resoluti
Cronkite News - Arizona PBS • 23rd March 2017

WASHINGTON – On the seventh anniversary of the Affordable Care Act’s signing, House Republican hopes to vote on an Obamacare replacement were dashed Thursday when leaders failed to quell an uprising by conservatives in their own party. House Speaker Paul Ryan canceled an expected vote on the American Health Care Act in the face of critics, led by members of the fiercely conservative Freedom Caucus, who said the GOP measure did not go far enough to deconstruct the ACA. Democrats, meanwhile, rema
Cronkite News - Arizona PBS • 16th March 2017

WASHINGTON – President Donald Trump’s proposed fiscal 2018 budget calls for the hiring of 20 attorneys to help the federal government “obtain the land and holdings necessary to secure the Southwest border.” The budget, which calls for a $1.1 billion reduction in the Justice Department’s overall budget, does not make clear what land will be targeted or what it will be needed for, but it would likely be used to build Trump’s border wall or secure access to it. Anthony Francois, a land rights att
Cronkite News - Arizona PBS • 13th March 2017

WASHINGTON – Arizona Democrats lambasted the GOP-proposed healthcare plan Monday after a Congressional Budget Office report said the plan would reduce the federal deficit by $337 billion over 10 years, while leaving as many as 24 million more Americans uninsured. “Congress should be focused on finding real solutions that protect access to coverage, not playing partisan politics with the health and wellbeing of millions of Americans,” said Rep. Tom O’Halleran, D-Sedona. “With hundreds of thousan
Cronkite News - Arizona PBS • 10th March 2017

Flake likely to face challenges from all sides, vows to be ready | Cronkite News

WASHINGTON – Sen. Jeff Flake, R-Arizona, begins the 2018 election cycle with $580,000 in the bank, a history of disagreeing with President Donald Trump – and a target on his back. With almost two years until midterm elections, experts say Flake can expect serious opposition in his re-election bid from Republican and Democratic challengers alike. Despite the president’s lukewarm performance in approval polls, he is still relatively popular with Arizona Republicans, which could make for a diffic
Load More Articles
Close ✕